From EIC
Jump to: navigation, search

Today's meeting focussed principally upon how to structure the simulation efforts to lead us to "Cartoon" figures that make the points about how the physics drives the detector choices. We followed slides posted by Abhay pdf. The notes below summarize the discussion resulting from this presentation. 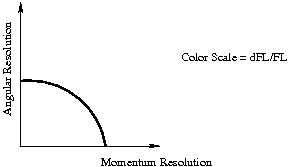 where a boundary line would be formed as an analytic continuation of a few simulations.

See you then! Tom