This measurement was carried out using only the yellow beam. The result of the polarization is

The A_N and beam asymmetry are corrected for the mostly inelastic "background" , the level of which is determined as usual from the side channels.

Unlike for the two beam case, the background has a net asymmetry when just one beam is present, so the correction is not a simple dilution correction.

Systematic Errors are not shown. The largest systematics are scale uncertainties, and are around 3% relative. The errors will be added to the plot when they are finalized. 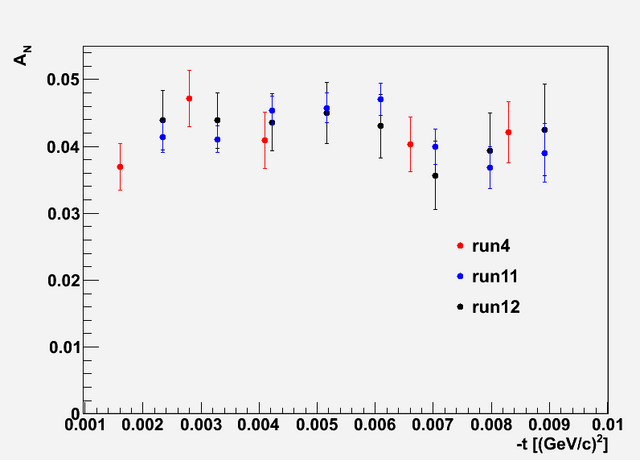 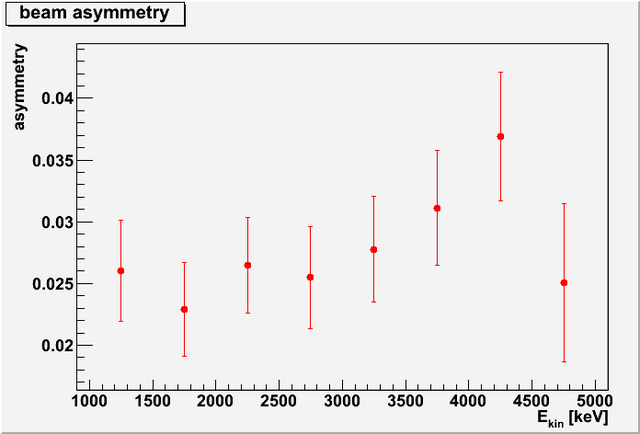 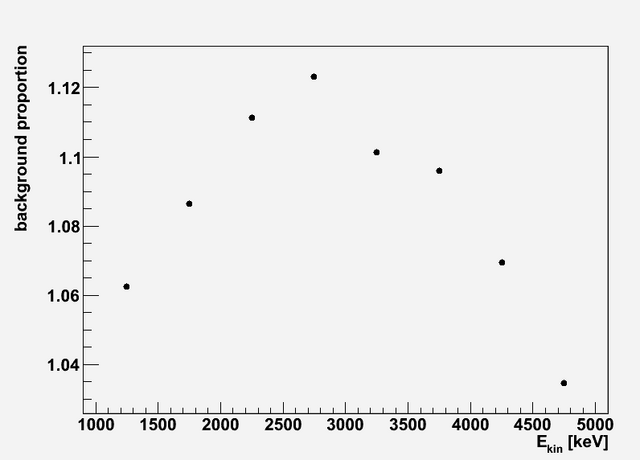 The background is what non-elastic events are left over after the "banana" cut and missing mass cut.

One notable feature is that the asymmetry with respect to the target spin is opposite in sign to that of the signal. This was not seen in run 11 with only the blue beam present. 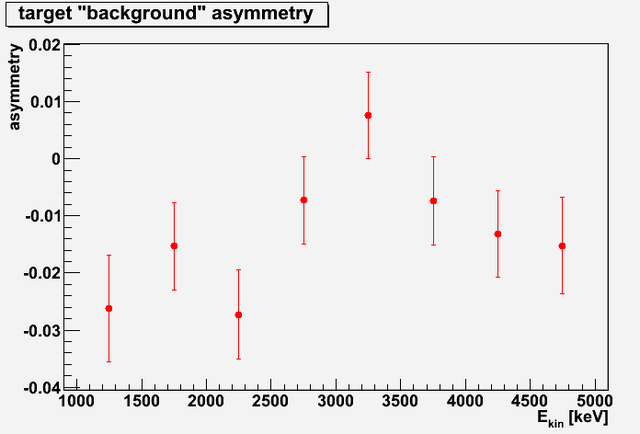 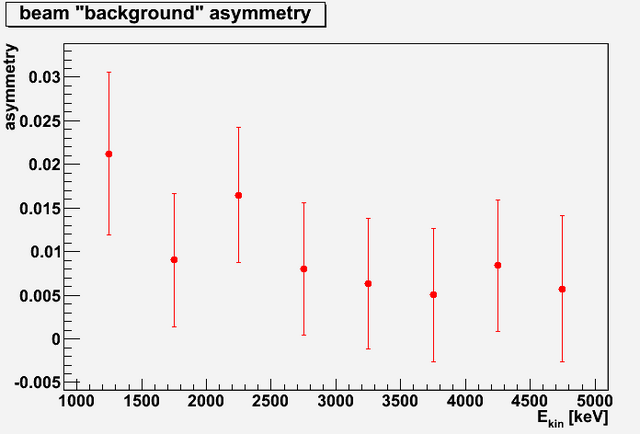 The plot below shows the squared missing mass distribution after the "banana" cut for the energy bin with the greatest background proportion. The tail looks relatively flat. To ascertain the origin of the background, a detailed simulation should be performed, and the results compared to the data. 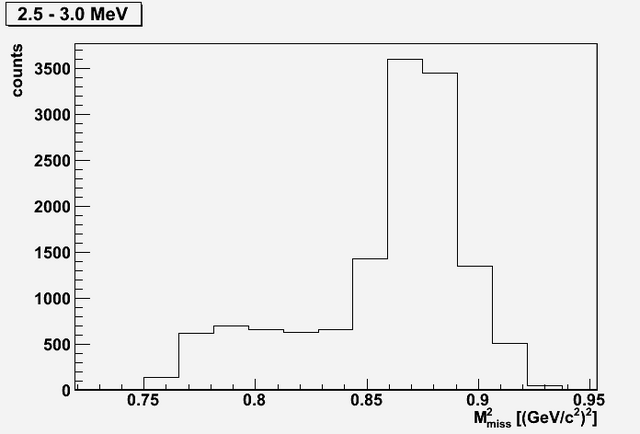